21 January 2019  The Evolution of Desire, IAI, Hay Festival. I was invited to debate the evolution of desire at the IAI Hay Festival with two of the most original thinkers I have ever met, Lou Marinoff and Nayef  Al-Rodhan.

21 January 2019 I contributed to The Day the Ocean’s Boiled on Channel 4’s Equinox. Our subject was rapid climate change 55 million years ago which may serve as an analogue of our own greenhouse future. It caused quite a stir at the time, leading to questions in the House of Commons!.

Sunday October 8 2018. Here is a list (with links) of  Melvyn Bragg’s BBC Radio 4 In Our Time episodes I have appeared in:- 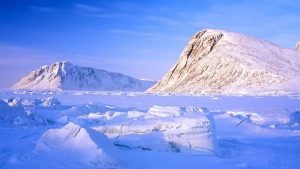 This one became dangerously contemporary towards the end (at least according to Melvyn). Here’s what he had to say about the program in his blog.

The Origin of Life. Click here to listen again. 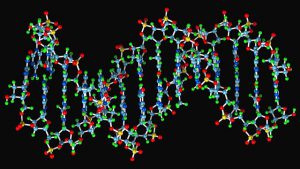 My favourite part of this episode was when Melvyn seemed to feel he had to include a reference to religion (with a rather apologetic ‘Well, you have to say that…’). It was a toss up to see whether it would be my eyebrow’s or Richard Dawkin’s that would hit the ceiling first. No, Melvyn, you don’t have to say that. 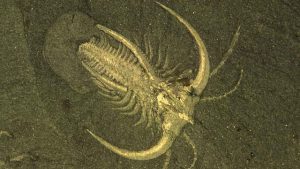 Our discussion about some of the most important fossils in the world. The Cambrian fauna of the Selkirk Mountains of British Columbia. Great fun to do. Listen out for Simon Conway-Morris trying to explode the studio sound monitors.

I notice that this one has been listed in the Essential 10 of In Our Time episodes. 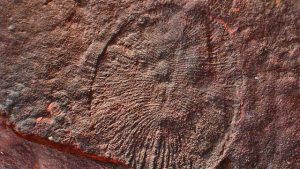 One of my favourite episodes, dealing as it does with one of the most enigmatic of all fossils. To a geologist these are only slightly older then the Burgess Shale fossils (as in, a hundred million years, which may not be everybody’s idea of ‘slightly older’) dating them to about 550 million years old.

But they have an body architecture that is quite different to the body plan of the Cambrian fossils and all multi-cellular life thereafter.

So, is it ‘Life Jim, but not as we know it?’ A recent paper suggests that it is life, and similar to the way we know it. Which begs the question: was evolution, nature’s ultimate tinkerer, playing around with a different Meccano set that day?

Why a new website? The web has moved on a long way since my first site was established in 1999. These days it is much easier to add and control new content and I wanted the process to be easier for me to manage from here, Corfield Central, principally so I can add new content more easily.

Also, my range of activities has expanded since the days when I solely wrote about science. I now appear fairly frequently on radio (principally on Melvyn Bragg’s Radio 4 program In Our Time but also in a lot of other places) and these activities need their own platform.

These days I am doing a LOT more writing across a number of topics. I am the Science Correspondent for the Oxford Times and the Oxford Mail, I am also writing regularly for magazines such as Physics World, Chemistry World and Chemistry and Industry. I am doing a lot of lecturing up and down the country and shortly abroad too.

Also, rather to my surprise my cat stories are becoming increasingly popular and they need their own showcase.

My first novel Dark Site is out soon under my nom de plume Jack Shipley.

I am also involved in the EarthVolt project, a site dedicated to renewable energy.

All these disparate themes which somehow comprise my professional life need a home under one roof, so to speak, and this is it.

To learn more about my work click The Oxford Times’ profile of me.

Hope you enjoy my new site.