19 April 2019 So pleased that the climate change threat is now being championed by Extinction Rebellion and others. Let’s not forget that this is only the start; population control and biodiversity enhancement next!

Maybe we have chance to save our planet after all!

18 April 2019 Just a reminder that my three new short stories, THE DENTOCULUS, MENU 13 and THE LIBRARIAN OF JESUS can be found on my Amazon page (Click cover for link). 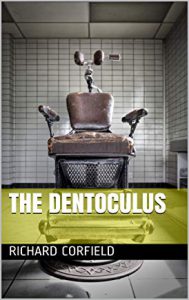 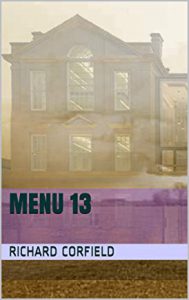 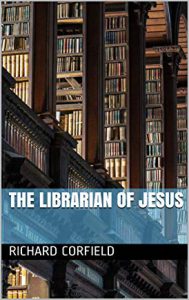 15 April 2019 Am making a couple of Admiral Fitzroy storm glasses as I have on and off over the years. The recipe I am using is the so-called Perth Recipe as chronicled by Barry Holliday’s most excellent website. Interested to see the results!

Barry’s page led me to this hilarious blog by science guru Derek Lowe. It can be found here.

NB Storm glasses are easily purchased from many, many sites over the web (e.g. amazon). Probably best to go this route rather build one yourself unless you have had chemical training.

12 April 2019. There is no doubt that that the images recently taken of the Messier Black Hole are amazing. But how many people realise that they are looking at a time when the Earth was undergoing a profound biotic crisis?

palaeontologist 55 Million years ago is the end of the Palaeocene period of Earth history and the start of the Eocene, a time when the Earth warmed by up to ten degrees C. This is known in the literature as the Late Palaeocene Thermal Maximum, a subject on which I and many colleagues around the world have written trying to gauge the simalarities with our own global warming future.

As you can seen from the map above during the LPTM the northern hemisphere was virtually ice-free. A very different world to the one we know today. 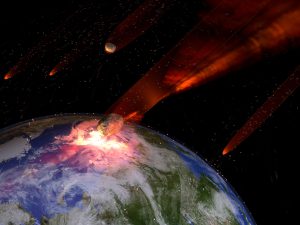 9 April 2019. Just been reading about this fossil death assemblage from the last day of the Cretaceous (the day the non-avian dinosaurs died out!) supposedly found in North Dakota.

Hmmm. A geological locality that has restricted access, a New Yorker editorial by the noted science fiction author Douglas Preston, a name – Tanis – where Indiana Jones found the Ark of the Covenant, and a publication date of April 1st.

PS Just looked at Nature this morning. Glad to see they share my reservations.

10 April 2019 Three of my short stories now published on Amazon Kindle. They are THE DENTOCULUS, MENU 13 and THE LIBRARIAN OF JESUS

6 April 2019 Thrilled to announce that my first short story THE DENTOCULUS is now available on Amazon Kindle. The stories are a princely £0.99 each.

If you buy, please leave feedback. Thank you all for your support!

7 April 2019 It’s all over the news, cat’s can recognise their own names, but rarely come when called. Who knew? Except for every cat owner on planet Earth.

THE LIBRARIAN OF JESUS available here

When people ask the question, “What sank Titanic?” at first sight, the answer is obvious. It hit an iceberg – how complicated can it be? But that simplistic answer masks deeper and more substantive question: Why did Titanic sink so quickly?

It is a mistake to regard Titanic as somehow primitive.  She was the most modern ship of her day, in a world that relied on its steam trade to maintain communications between Europe and America in the same way that today we rely on aviation. Titanic incorporated the latest technological innovations of the age to help ensure its safety. For example, it was the first ship to have sealable, watertight bulkheads with electrically operated doors that could be closed from the bridge at a moment’s notice. The hull was made of steel and was held together in the middle three-fifths of the ship’s length by steel rivets. She carried the latest Marconi wireless equipment, with a 5000 W transmitter that gave it a range of five hundred kilometres.

It is also worth noting that the North Atlantic run was very far from being an unknown quantity in the Edwardian era. It was as busy as the air route between Europe and America is today, and the chances of seeing a fellow ship en route were as high as an air traveller seeing a fellow aircraft today.

But the simple truth is that against all odds and expectations, including those of the ship’s designers, Lord Pirie, of the Harland and Wolff shipyard, and Thomas Andrews of the White Star line itself, Titanic sank as fast and completely as a stone, less than three hours after she had hit the iceberg. If she had stayed afloat a little longer then rescue ships could have got to her and tragedy been averted.

This is the real question of the Titanic mystery: How could a 46,000 ton ship sink so quickly? The answer is to be found within the science behind Titanic’s construction.

Watch this space for my trilogy of Titanic articles, coming soon.